Over a year ago, though not by much, I started blogging. My first ever post was in regards to the fact that, though I’d been tenacious in my prior attempts, I could not seem to quit smoking. I would find myself with a cigarette in hand, even at times when I had no conscious desire for one! It worried me and made me concerned about my habits with every passing day. There were even times where I found myself trying to avoid things that I closely related to my horrible habit of smoking. It was an internal battle for the ages, and one I doubt I’ll soon forget.

Part of the problem, I personally think, is that I started smoking at such a young age. Originally, my sister had introduced me to cigarettes, though for the life of me I cannot remember what brand she had smoked. Being the younger sister and expecting my elder sister to be more intelligent than myself, I blindly followed her lead. After a while, I began noticing that lo and behold, my ADHD seemed to be under control. A thought crossed my mind : Would I truly be free to function without my horrible ADHD medications that made me a personality-less zombie? From that realization forward, I was a smoker.

I managed to hide this bad habit from my mom mainly because she was a single working mother taking care of 2 kids, painstakingly working her rear end off and forfeiting things for her own self to ensure my sister and I got what we needed. I admire the strength and resolve my mother showed, she was and has been since, my idol. As I grew older, we began doing things together like drinking coffee in the mornings. I went with her to work as often as I could get away with it, no matter the hour we had to wake at. I tried, through little things, to show my mom that I admired her.

As I grew up, I began noticing that I was growing out of the need to smoke cigarettes but the mental link of needing them had already begun ingrained. It got to the point that I finally caved and told my mom I was a smoker. The shame I felt at having hid this secret overwhelmed me that night, so much that I still recall crying myself to sleep that night. Sure I’d hidden plenty of things from my mom, and lied often to ensure secrecy. This was about the time though that I began realizing lies were bad.

In the past 5 years that my husband and I’ve been together, we have both agreed that for the betterment of our own lives as well as the lives of our children, we should do our best to quit smoking. Often I’ve argued against it, becoming aggressive and frustrated with him. This past anniversary though, on March 12th, the striking of our 5th year together was when it finally clicked with me. A few days prior to our anniversary, I informed my husband that I felt I was finally ready to quit. Now, almost a month later, not only have I quit smoking but I’ve also not had the craving to have a cigarette. Much to my surprise, I’ve handled quitting quite miraculously.

To those struggling to quit, I want to share some wisdom with you. When you’re ready, not just when you want to quit but when you’re actually mentally and physically ready, quitting won’t seem so hard. It’s a matter of mind conquering desire, and when everything is in place, you’ll be able to do it too.

I was nominated, as always, by Suze to do something new. Again. This whacky woman loves to drag me into these nominating things, but she knows I refuse to nominate people because I don’t like bugging people, I think she just likes seeing me go off on a whacky tangent about unintelligible things. She seems to really immerse herself in my writing when I blather on about inanities during a nomination post! Either that or she likes all the flattery I write about her… Maybe I should stop. I haven’t decided yet.

Either way! Today is about 3 things! First off, this is my 1 year blogging anniversary! HIP HIP HOORAY!

Secondly, this is about a post from my first day of blogging and a little thing I’m currently working on!! Okay – rule time. I guess… >_> Darn silly Suze and her nominations always having rules.

Here are the Rules:
– No cheating. (It must be your first post. Not your second post, not one you love…first post only.)
– Link back to the person who tagged you (thank them if you feel like it or, if not, curse them with a plague of ladybugs). I curse Suze with a billion caterpillars… In cocoons !
– Cut and paste your old post into a new post or reblog your own bad self. (Either way is fine but NO editing.)
– Put the hashtag #MyFirstPostRevisited in your title.
– Tag…um…five (5) other bloggers to take up this challenge. Yea, I’m so not doing that, kiss my tuckas.
– Notify your tags in the comment section of their blog. Sure, I’ll do that in invisible ink.
– Feel free to cut and paste the badge to use in your post. There is a badge?! WHERE?! I LOVE BADGES!
– Include “the rules” in your post. Uhg I hate rules.

Well … Onto my first ever post. It was a bit of a doozy.

Something To Think About

I have been facing a dilemma for some time now, and I have yet to come up with a solution. I have a habit, you see, a very bad habit that seems to be common among a great portion of the world. Most people in their mid twenties to their mid thirties and the generation before that grew up with this bad habit, before there was ample research done to see just how bad it really is. Most who had wise parents who sought the information tried to stop their children from starting this bad habit before it became a life long grudgingly horrid constant in their lives, but growing up with it… Well that makes it hard, and when you grow up with friends that do it, it becomes appealing until you realize you too can’t seem to stop.

You see, I am a smoker. I have been trying to quit for a year almost. I’ve tried the cold turkey, I have tried patches and gums, I even managed once to quit. Sadly that was short lived and in vain, since at that time I was living with chainsmokers. It wasn’t long before I was back on the smoking bandwagon and feeling miserable all over again. The frustration of trying to quit something so addicting and the sensation of feeling so useless because every tactic doesn’t seem to work.. It can be very overwhelming for a person who just wants to be healthier and happier.

As the ongoing struggle continues, I keep reminding myself that one day I will be free of this habit. I will not give up on stopping, no matter how vain my attempts may be. I know that at the end of this long and dreadfully miserable journey, happiness and a healthier me is waiting.

So there is my original post, kind of disappointing and depressing and bleh. I have good news though! My husband and I decided this weekend, on the eve of our 5 year anniversary of being together, that we’re going to work together! Here’s the post I put on my blog Facebook page on March 12th, our 5th year anniversary.

Awesome, right? Full of hope and joy and excitement and frustration all at the same time! WOOHOO! I’ve only had 1 cigarette in the past 48 or so hours! So in celebration of not just 1 anniversary but 2 anniversaries, I want to make a shout out to all the people who read my blog and say thank you. Thank you for being here, thank you for reading my insane ramblings, and finally thank you for being you.

If anyone would like to take on this challenge, you can self-nominate like Suze did! Love you all!!!

An idea was brought to me to post about some things and the thing I’ve selected for tonight is Vices! Thank you to A Nervous Girl’s Guide To Life for the idea, and I’m still pondering over the others you gave me!

Now, we all have vices, whether we admit it or not. Some aren’t as bad as others, and some are down right terrible. Vices are often defined as immoral or wicked behavior, also seen as something “sinful”. Now, as I’m not necessarily a religious person, I don’t see anything as “sinful”, but I definitely see tons of stuff that is immoral or “wicked” often. I also do some things that I even consider immoral, and I’ll get into that in a moment. Usually immoral things are considered to be lacking of moral fiber, something socially unacceptable, or something that is so drastically wrong that you can’t even think to look at the person in the same light.

Now even though I could go on about Vices all day and night, it is getting late and I’ve already gone over the maximum words I’d intended to write for this post. Trust me, there are TONS more vices I could’ve written about. Anyhow, here is my list for now! Examples below. 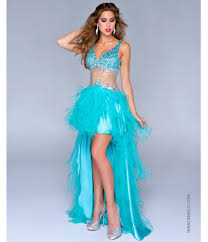 All Images Found Through Google Search For “Dresses”